16 years ago a young Ferran Adriá showed up on the cover of “The New York Times” making history in Spanish Cuisine.

In his picture he was holding an “air of carrot”, where we could read

“The New Nouvelle Cuisine. How Spain is becoming the New France”. Months later, the “Time” magazine included Adriá in its list of the 100 most influential people in the world.

Recognitions like these marked a milestone for the founder of “El Bulli” but also for the projection of Spanish cuisine.

Nowadays we know concepts like “spherification”, “living salt”, liquid nitrogen, foams … many of these terms have been used for years in the kitchens of the best restaurants in the world.  Other concepts are created every year by the most prestigious chefs such as Ferran Adriá, Elena Arzak, Martín Berasategui, Pedro Subijana, David Muñoz, Andoni Luis Aduriz, Quique Dacosta, Joan Roca, Dani García, Eneko Atxa, Carme Ruscalleda, Jordi Roca, Jordi Cruz, Karlos Arguiñano, José Andrés, Fina Puigdevall , e.g. thes list goes on. They are great ambassadors of Spanish gastronomy and of the ‘Spain’ brand around the world. 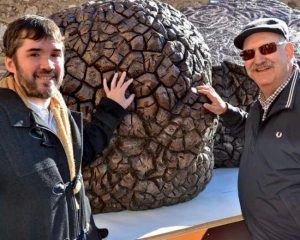 The chefs Pedro Subijana and Óscar García in the Soria´s truffle Fair in 2019.

They all know the truffle and use it in their fresh dishes to keep all its aroma and flavor. Because in Spain we not only have excellent chefs but the most valued truffle in the world, after the white truffle. That is it the Tuber Melanosporum that comes from several regions and provinces like Soria (Castilla y León). More and more Spanish Truffle is well known all over the world just as it already happened with wine and oil. We are one of the main truffle producer countries in the world. 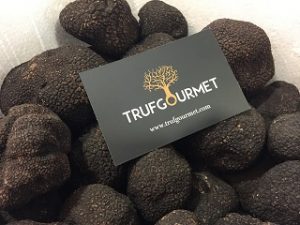 Many cultures have influenced our cuisine as it passes through the country, contributing to its richness and variety.

As the president of the Spanish Gastronomy Royal Academy, Rafael Ansón, says, “we have passed from the traditional cuisine to innovation and freedom, which goes beyond the sensory and the world of emotions”. 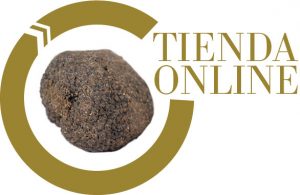 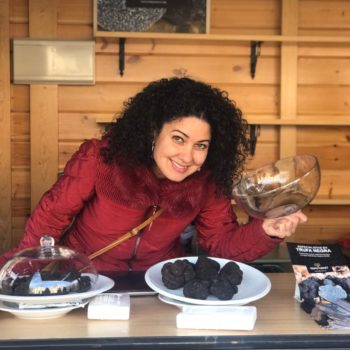